The really good news came on Thursday morning — my genetic testing came back negative!  This was something that was building inside me each day since the test.  I was convinced the test would come back positive and I would have to make some hard decisions on surgery which would be much more serious than the planned lumpectomy and also involve a much longer recovery process.  My mother died of breast cancer in 1977, she battled for 10 years and was 53 when she died.  Horrific traffic on Thursday morning made it likely that I was going to be late for my first appointment of the day with my genetic counselor so I called her.  When she said “don’t worry about it — our appointment won’t be very long” I felt like a huge weight was lifted off of me.  We changed that appointment to later this week to discuss further but I don’t have any of the genes and that means neither does my daughter.

The rest of the day’s appointments — all part of my “new normal” — included a lot of mammography pics and needle pokes and even a card to show security if I get stopped at a bridge or tunnel or airport — seems I was radioactive for a few days. 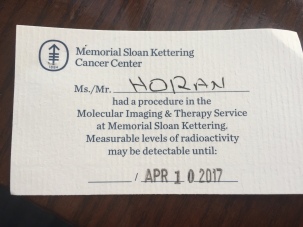 With the genetic issue taken off the table and seeing so many children’s beds and stretchers in the halls really made what I’m going through feel way less overwhelming.  One of my nurses recognized me and we went on to discuss triathlon, she’s done quite a few triathlons herself.

Friday morning arrived all too quickly.  I carefully drank the 12 ounces of liquid I was allowed which meant one glass of water and one small cup of coffee.  Off to the MSK Josie Robertson Surgery Center for my 8:45 AM scheduled arrival time. (I’m not dyslexic but I keep seeing this as “JSRC”).  This almost felt like checking into a hotel — beautiful facility and extremely gracious staff.  My pre-op room was on the corner with huge windows overlooking the East River and the 59th Street Bridge.  Brought back so many good memories of being part of the SEA Paddle around Manhattan on my stand-up paddle board and running over that bridge many times in the NYC Marathon.    I mentioned something about the SEA Paddle to my nurses and suggested they should check the date for this year and watch for the paddlers go by.  Seemed one of the nurses had seen it from her apartment and was familiar with the event.  Well, one thing led to another and it turned out they both hope to do a triathlon one day.  I introduced them to the Women for Tri Facebook group and we had a great time talking about how to get ready to get to that start line.  All of this meant the time passed very quickly and it was time for me to walk to the operating room.

Wow, it seemed to me there must be several people who would be getting operated on in that room — it was huge!  So many people and machines.  Only one place for someone to lay down though.  I was greeted so warmly by my surgeon, Dr. Mahmoud El-Tamir.  He asked how I felt and when I said I was relieved after the genetic testing results he said he was never worried about them.  I hope he’s right about everything.  I remember sitting down, being told I was getting something to help me relax and the next thing I remember is waking up in the recovery room. 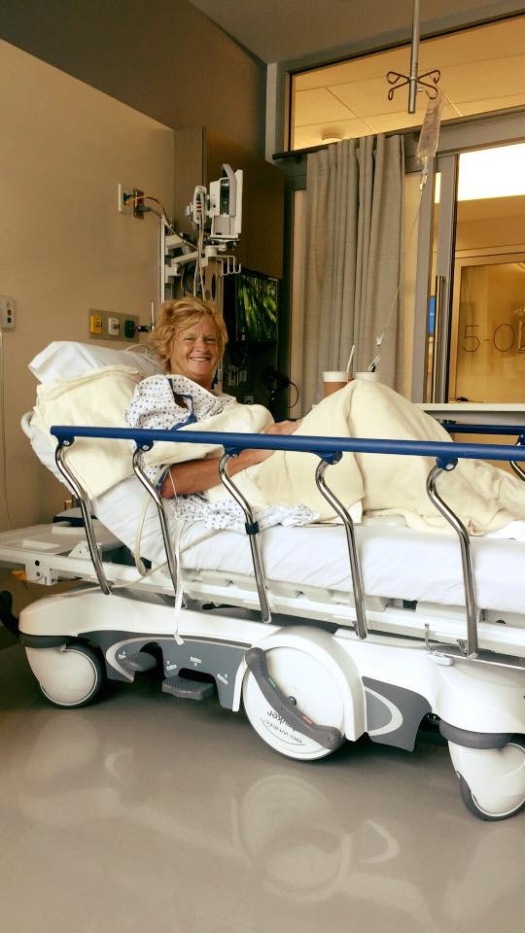 I was told that I could “resume normal activity” in 24 hours, among my other discharge instructions.  That really made me laugh and I tried to explain what my previous “normal” activity was.  She modified that with “use your judgment and don’t push”.  I specifically asked about swimming and she said yes.

Saturday was spent mostly at home relaxing and catching up with some friends and family.  I took a very short and slow swim on Sunday but decided against swimming today.  I got a call from my surgeon’s office this morning.  She asked if I was doing my exercises and I said that I had taken a short swim yesterday and she stopped me and said absolutely no swimming till after my April 17 follow-up appointment with my surgeon.  My prescribed exercise routine includes deep breathing, shoulder shrugs and reaching my arms straight up.  I’ve done them a couple of times today with no problem.   In addition to some easy spinning on the stationary bike and some walking on the treadmill.

Among the best advice I’ve gotten is from my friend, Kyrsten.  Make myself a training plan for my recovery.  Work less.  Sleep more.  Really focus on my eating.  Deep breathing, shoulder shrugs and arm reaches.  And bide my time till my April 17th appointment with my surgeon and then my April 27 appointment with my oncologist.  She is a specialist in the wild card of the “triple negative” part of my diagnosis.  I’m trying not to read too much online about treatment before my appointment with Dr. Tiffany Traina.  It’s her specialty and I can’t imagine I’m going to find out more than she can tell me by searching online.    And all these things are hard to accept as part of my vocabulary.  Part of the “new normal”.

I feel like this is a very boring post but I wanted to bring anyone who’s interested up to date with what’s going on.    Let’s get from here to April 17 with as much good energy and healing as I can muster. 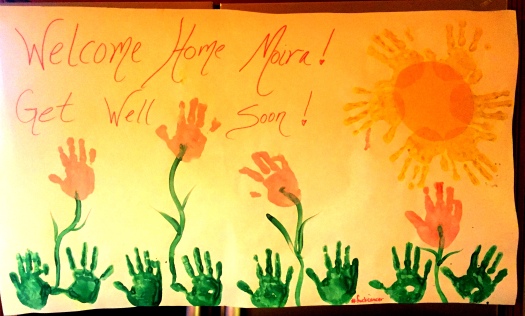 3 Replies to “Surgery is Behind Me and Other Good News”

Support Mary’s Place by the Sea