Chemo treatment 7 didn't start out well. When the first vein collapsed I tried to keep a good attitude, after all I've been very lucky so far. When the second and then the third vein they tried collapsed I wasn't quite so calm anymore. And then when a nurse suggested we could try my right arm because "you only had one lymph node removed" I put my foot down and said absolutely not! All the instructions and warnings I have been given have been to not use my right arm for blood pressure, for blood draws, etc. because of the risk of lymphodema. When they described it as swelling of the arm I wasn't too worried, until they told me it's permanent. "Only" one or not, I'm taking no chances. Fortunately a new nurse came in and found an untapped "good" vein along the back of my arm and on the fourth stab they were successful. And so began the third treatment — Benadryl, Dexamethasone and Paclitaxel (Taxol or "poison"). Since I didn't stop breathing during the first two rounds of this drug the nurse no longer waits in my room with an oxygen tank. 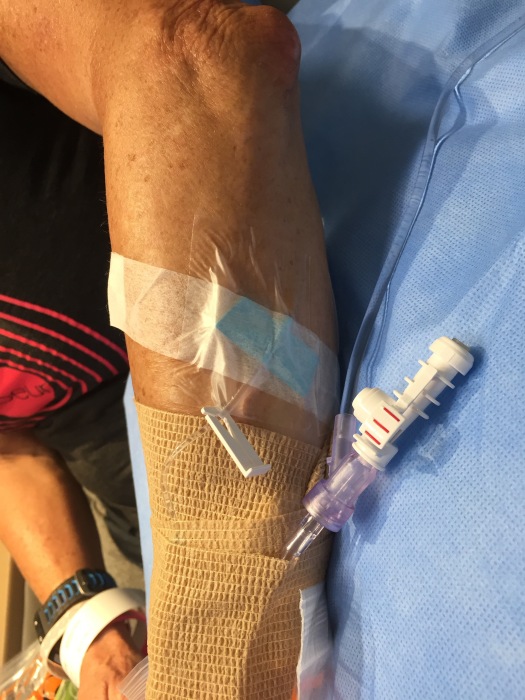 Other side effects that have happened over the last two weeks — my eyebrows are pretty much gone, along with the majority of my lower eyelashes. My upper eyelashes have thinned but a good amount of them are still there, although they also seem to be falling out. I caught sight of myself in the mirror the other day and thought wow, you look like one of those people in the commercials that pull on your heart strings. Oh wait, sometimes I forget . . . . I am one of "those" people.
Which brings me to something else: complete strangers are really, really nice to me. No one cuts me off on a line. Complete strangers pay for my coffee at Starbucks. Even people on the streets of NYC look me in the eye and smile and give me an encouraging word. It's going to suck when my hair grows back and people return to their usual asshole behavior. All of which has really made me think about how we all judge people by their appearance. If I hadn't lost my hair no one would have any idea what I'm going through. So what's the lesson here for me? Time to remember that none of us know what's going on with the next person, they may have a way tougher road in front of them than any of us realize.

The neuropathy and the tests I had this past week are an interesting development. The tests I had with the neurologist this past week were interesting. Dr. Tzatha described my symptoms as "mild" but I was very unsettled to learn just how much feeling I don't have in my feet or in my hands. She also said that based on my lack of proprioception she was surprised that when I walked with my eyes closed that I didn't stumble or fall. She attributed that to my fitness, so once again my lifestyle choice has made a difference in my quality of life.
So much to look forward to this week — last chemo, last labs, last neulasta injection. And time to start the road back. And look forward to my trip to Kona with my friends Amy. Who kicked ass today at USAT Nationals! 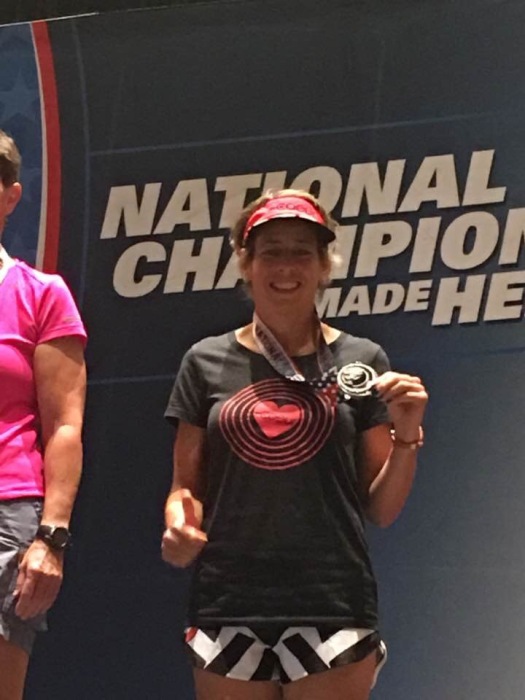 Repost from @ihadcancer
Feels good to be loved! This was the best birthday surprise ever. Our daughter and son-in-law were supposed to be on this cruise with us but things came up and they had to cancel. Almost didn't get off the boat in Key West but everyone insisted (they knew). So I did. Imagine walking down the street and all of a sudden there is @mare_bear703 and @rl.1.1. We had the best day and I wish I could have snuck them both back on the ship with us. Love you both, this really meant a lot to me. #happybirthdaytome #family #keywest #retiredlife
Repost from @thewarrenhaynes
We celebrate Happy New Year early lol!
As seen on I-95 in South Carolina - hoarding on a whole other level! The truck being towed is literally filled from front seat (tires) to the back! #hoarders #hoardersburiedalive

Support Mary’s Place by the Sea